It’s the third Monday of the month, and you know what that means!

Well, no, not donuts… although that is a good guess and given the “sweet” in today’s activity maybe we should have donuts… 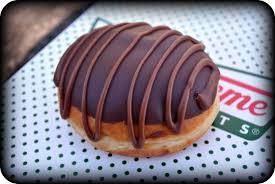 But what I was actually referring to, you incorrigible donut hounds 🙂 , is Monday Funday Short & Sweets! 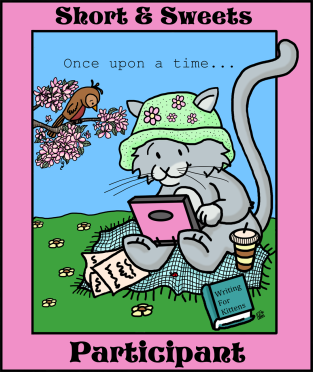 Nothing like a little warm-up writing fun to kick off the day and the week, don’t you think?  Who knows what great story idea we might spark from this!

Today’s Short & Sweet will work best if you don’t peek.  I’m not quite sure how to accomplish that on a blog post, so let’s go on the honor system – no scrolling down yet!

Now do it again.

And now one last time.

(BTW, it’s okay if you pick the same number more than once.  If you want to make it really random you can roll a pair of dice and just discard any 11s or 12s you get.  Or take an Ace through 10 out of a deck of cards and randomly choose cards to see what numbers you get.)

Now.  Use your first number to select from this list:

Use your second number to select from this list:

Use your third number to select from this list:

Use your last number to select from this list:

You should now have a randomly selected character, setting, time, and situation/challenge – everything you need to prompt a story!

In the comments below, list the 4 you got and write 50-100 words of whatever story they suggest to you!  Don’t agonize!  Don’t over-think!  We’re all among friends.  Just write!  All we’re doing here is priming the pump.  If all you can squeeze out is 50 rusty words, that’s fine!  You wrote 50 words in the middle of your hectic, busy day!  But maybe, just maybe, 25-50 more will trickle out a little less rusty, and maybe after you’ve written your 50-100 here you’ll find you’ve got a gush of clear water rushing forth and a whole  new story will well up and land on your list of accomplishments for today!

Oh, and if you find it’s too hard to include all 4, it’s okay to just use 1, 2, or 3 of the prompts you picked – the exercise is just to get ideas and words flowing 🙂

Given these prompts, I might write the following 50-100 words:

So far, Reinhold was not having a good day.

He was last to the breakfast table so all the Frosted Flakes were gone.

His favorite blue-sequined tight-rope walking outfit was in the wash, so he had to go to practice wearing the stupid red and green striped one that made him look like a triceratops-shaped elf.

Worst of all (and the reason he had been late to breakfast) he had lost his first tooth.

This should have been a good thing.  He had been looking forward to this moment for months, ever since Jiminy had lost his first tooth…and then Alvin…and then Sparky.

He had begun to worry that maybe his baby teeth were going to stick in there forever.  Maybe he’d never lose a tooth!

But now he had.

And he hadn’t just lost it.  He had LOST it.

Tonight the Tooth Fairy would come to the rainbow-colored circus tent where Reinhold was supposed to be sleeping soundly.

She would look under his pillow for his first baby triceratop tooth.

Because Reinhold could not remember where he had put it!

I can’t wait to see what you come up with!

Have a marvelous Monday, everyone!!! 🙂